WHAT IS GOING ON IN NORMANDY, MO??? 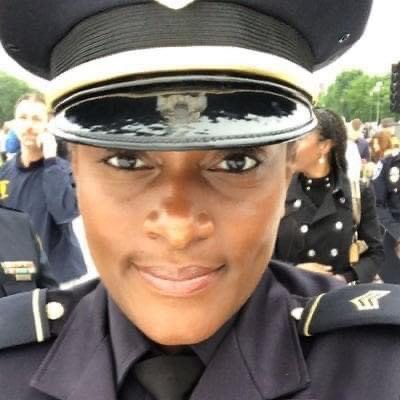 Many people took to social media to discuss this ordeal. Most feel as though Sanders is the voice of Normandy and this act was done as some sort of vendetta against her.

Sanders stated in a Facebook post, “Unfortunately their rules meant that I would need to continue to be the silent victim of physical assaults, sexual harassment, racial discrimination and gender bias. And for years, I was, because I wanted to be a part of something.

Everything changed for me the day I demanded respect. Again, I didn’t ask for special treatment, advancement, or favors, I asked for RESPECT. I had proven for years what I was both capable and deserving of, and although I was denied, I never broke.
I drew a line that could no longer be crossed with me. And when “they” became uncomfortable; I became a problem. They were appalled I was even asking for basic human respect. Yet, I didn’t break.

I have been publicly silent for the most part. Not exposing their mess, their names or their sins. They on the other hand, have slandered my name and reputation every chance they get. I was then told that I would never be anything until I was fired for speaking up….”

Real Stl News will stay on top of this and will update as information becomes available.