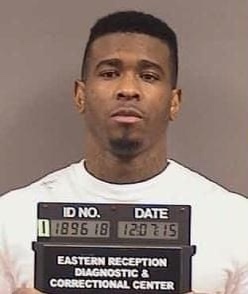 United States District Court Judge Audrey G. Fleissig accepted a plea of guilty from 30-year-old Deven Strauther for knowingly attempting to rob Robinson Jewelers on May 25, 2019. A grand jury in the Eastern District of Missouri previously indicted Strauther in July 2019. Judge Fleissig set sentencing for May 4, 2022.

According to the plea agreement, on May 25, 2019, Strauther and at least two other individuals arrived on the parking lot of Robinson’s Jewelers in a stolen vehicle with the intent to commit an armed robbery. Strauther and another individual were armed as they attempted to enter the jewelry store. The business is equipped with two entry doors that allow entry into the business. As a security measure, the second door must be opened electronically by the staff.

Fearing for their safety, the business owner and an off-duty police officer, who were both armed with firearms, fired at Strauther. In response, Strauther discharged his weapon as he and the other individual ran from the business. Strauther was located approximately 30 minutes after the shooting at an area hospital with two gunshot wounds to his abdomen.