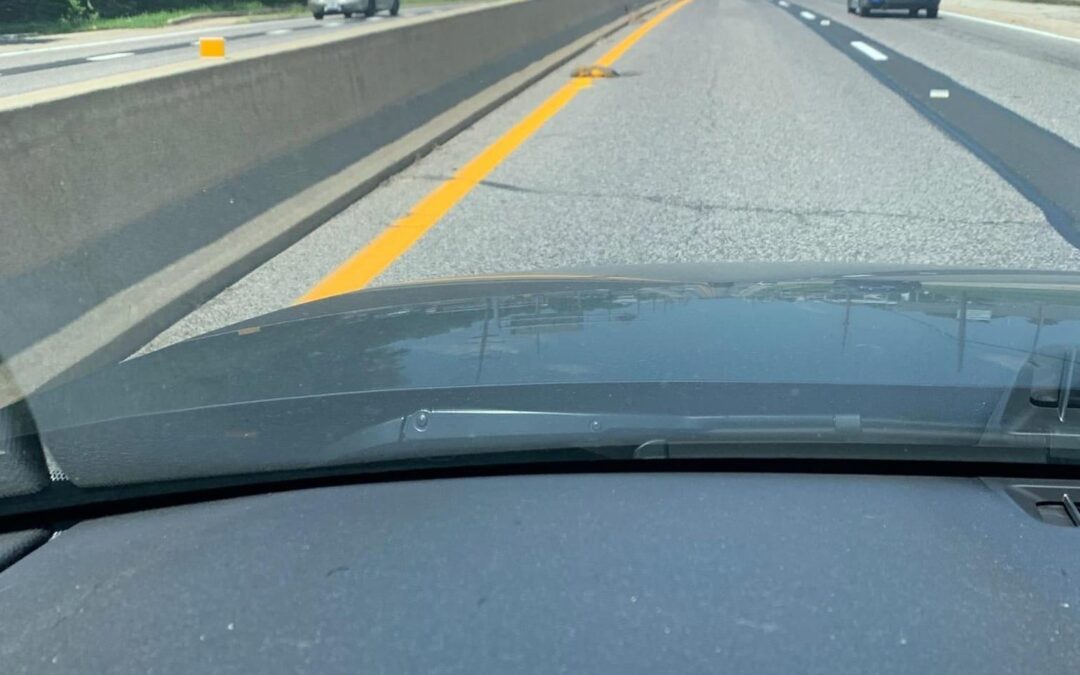 A picture is quickly circulating its way through social media as it shows a dead possum being painted over instead of being picked up. The picture was taken on Lindbergh near the intersection of Whitehall Manor.

The picture first appeared in a group for St.Ann residents. Some found it humorous others were infuriated. The owner of the picture wrote

“Technically this area may be Bridgeton, but when repainting the lane lines on Lindbergh, instead of picking up the dead possum, they paint over it.”