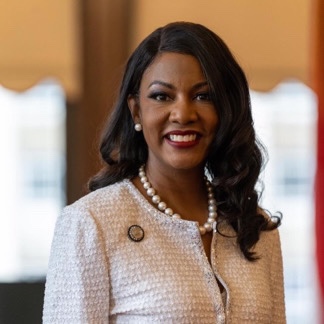 As of yesterday, there are no detainees remaining in the Medium Security Institution, commonly known as the Workhouse. Nearly five years ago, I publicly called for the closure of the Workhouse and argued that there are better ways to invest St. Louis’ precious resources. When the new budget goes into effect on July 1, the Workhouse will be fully defunded; all Workhouse staff and City Justice Center (CJC) staff will have been consolidated; and we will continue to move forward with a new vision for public safety.

But we have much more work to do.

The past six months have revealed systemic problems within the CJC, and we are actively implementing repairs and upgrades that prioritize the health, safety, and wellbeing of both detainees and staff. As this continues over the next six to nine months, the CJC will be operating with reduced capacity. This means that we currently have less flexibility to respond to a population surge than we would under normal circumstances. Taking into account this reality, and the concerns that have been raised in recent weeks, we have decided to temporarily maintain a single auxiliary pod in the rear of the current MSI complex that can be activated in the event of overflow population at the CJC.

It is my hope to keep the population in the auxiliary pod at zero, and to permanently close the pod when CJC repairs have been completed. This will require our continued commitment and a collective effort to divert people from the failed arrest-and-incarcerate model and further reduce the number of people in our custody.

Many people, including those within City government, the Circuit Attorney’s Office, the courts, and various community and advocacy organizations, have worked very hard to reduce our jail population to a level that enables us to take this step of consolidating our detainees into one facility. We will be calling on those same partners now to deepen and expand this effort.

There is a common refrain among those who have opposed closing this outdated facility that “closing a building is not criminal justice reform.” I agree. This permanent reduction in our city’s capacity to incarcerate people whose challenges are better met with support and services is not mere reform; it is a transformation of our city’s approach to public safety. It will require courage, creativity, and a lot of hard work. I am committed to that work.

I congratulate those whose struggle and persistence have brought us to this significant moment, and I am especially excited for the community-driven process that is already underway to reimagine new uses for the space currently occupied by the Workhouse. I look forward to repurposing that space in a way that reflects the needs, desires, and aspirations of our communities.