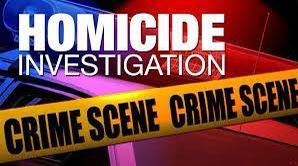 24-year-old Jeffery Davis was shot multiple times resulting in his death. He sustained injuries to his chest and stomach. The shooting occurred in the parking lot of the BP gas station on North Florissant Ave early Sunday morning.

According to authorities, Davis arrived at SLU Hospital around 1:45 a.m. via car seeking medical attention. He would die shortly after that due to his injuries. This makes St. Louis City 55th homicide.