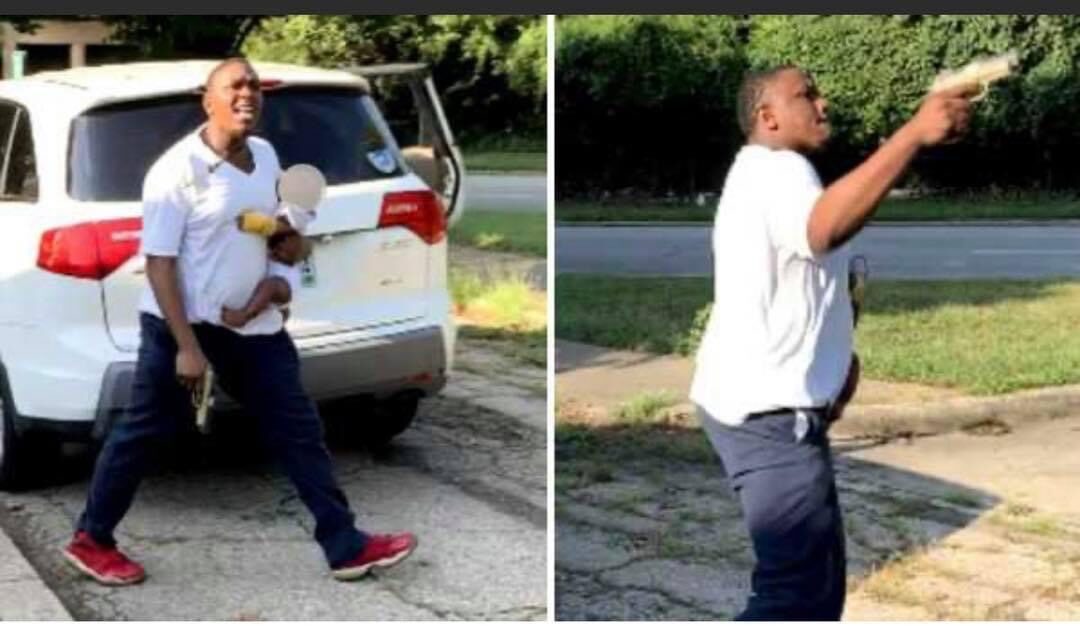 A man holding an infant fired multiple shots at a group of women following a car crash, Cincinnati police said, injuring one of them.

That woman was found with a gunshot wound to her forearm near the intersection of Liberty Street and Winchell Avenue. She was treated and released at the scene.

The victim tells police that the shooting escalated following a car crash nearby. That victim told police that the woman driving the other car told her, “I’m gonna go get my man, you better go get yours,” officers said.

Both parties then left the scene.

About 30 minutes later, the victim said the woman returned, this time with a man, identified by police as 31-year-old Ladon Penn.

Police say they fired several shots at the victim and two other women with her. One bullet ricocheted, grazing the victim, police said. Video obtained of the shooting shows the firing his weapon while holding an infant, police said.

Both fled the scene in the aftermath. Police say they were able to stop their vehicle near the intersection of Warsaw and Wilder avenues, and Penn was arrested. He faces charges of felonious assault, child endangering and weapons under disability. (Contributing Source: WLWT5)