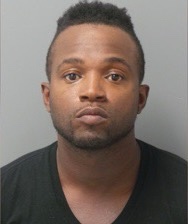 35-year-old Dameon Edwards was arrested for second-degree murder and armed criminal action. On August 6, 2021, authorities responded to the 2800 block of Nebraska to find 29-year-old Carl Calloway suffering from a gunshot wound. Carl was transported to a local area hospital where he would later be pronounced deceased.

This tragedy has truly shaken up the city. Known as the infamous Facebook comedian he was loved by so many. You could count on Carl for a good laugh. RSTLNS would like to send our condolences to his family friends. Keep his children, family, and friends lifted in prayer 🙏🏽🙏🏽🙏🏽.

He will be forever missed.