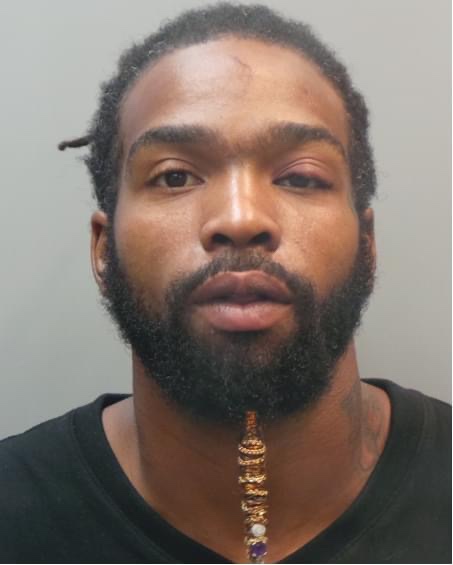 On Wednesday, July 14th at approximately 10:00 a.m police received a 911 call from a woman inside Straub’s. She had been sexually assaulted during an Uber ride and the suspect was still on the parking lot of Mason Woods Village.

Hall was immediately taken into custody for an outstanding warrant as Detectives initiated an investigation into the victim’s statements.

The investigation revealed that Hall was NOT an Uber driver, however, knew the victim from a previous contact. It is believed the alleged assault continually took place between University City and the Town & Country city limits.

The case was presented to the St. Louis County Prosecuting Attorney and the following charges were issued against Hall:
Charge #1: Attempted 2nd degree Sodomy (Class D felony)
Charge #2: Unlawful Possession of a Firearm by a felon (Class D felony)