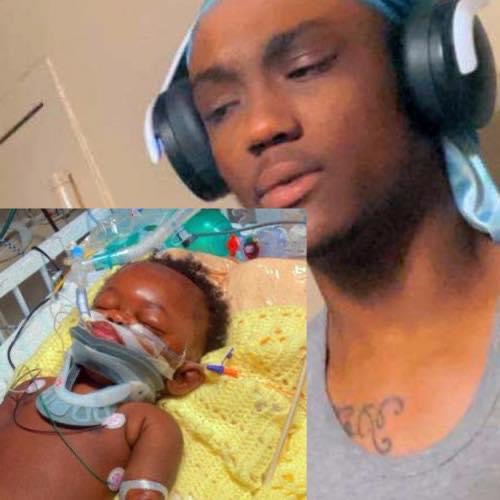 A heartbroken mom blamed her boyfriend Tuesday for fatally beating her 4-month-old girl when the infant’s crying interrupted his video games.

Price is now facing upgraded homicide charges for the July 1 death of Royalty Kemp, a 4-month-old baby who was allegedly abused and beat by Price, The New York Daily News reported. He was arrested for attempted murder and assault last month.

According to the infant’s mother, Price would throw the crying baby against the wall of their shared Bed-Stuy, Brooklyn, apartment and hit her head with his video game controller.

Kemp told the New York newspaper that she met him on an online dating app last November.

Kemp was running an errand and left her newborn baby with Price for the afternoon. When she returned to the apartment around 11 p.m., she noticed her baby was in bed asleep.

The next morning at 10: 30 a.m., Kemp tried to wake up her daughter only to realize she “looked lifeless,” she recalled.

Kemp told police she hopes her ex-boyfriend’s actions catch up to him.

“I hope he gets sentenced for life or electrocuted,” she said. “When people hear what he did, he’s not going to have a very nice time in jail”.

In Price’s side of the story, he told the police that the baby was on his lap while he was gaming, admitting that he was aggressively bouncing the baby and applying a pacifier into Royalty’s mouth to stop her from crying.

The death of her daughter is agonizing for Kemp, noting that “I didn’t even get to spend one holiday with her.”

“All the holidays are coming up — Christmas, Thanksgiving, and New Year’s, and Labor Day,” she added. (Contributing Source: Blackenterprise)