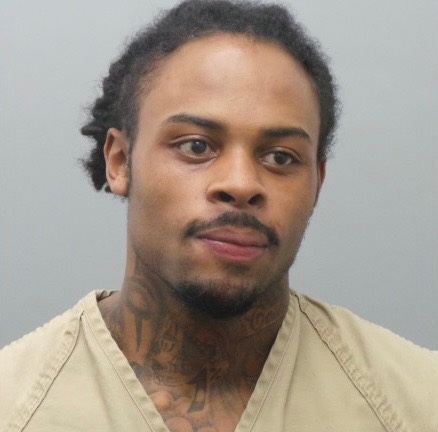 According to the plea agreement, Lee and 25-year-old Diven Steed entered the O’Reilly Auto Parts store on Jennings Station Road on December 5, 2020, with guns and announced a robbery. With the robbers’ attention on the two employees, an O’Reilly’s customer fled the store, went to an adjacent store, and asked employees there to call 911. Meanwhile, Lee and his co-defendant proceeded to force the clerks to open as many cash registers as they could. During the robbery, Lee pistol-whipped the clerk several times.

As Lee entered a getaway car to flee, witnesses began pointing officers to the suspects. With Lee driving the sedan he fled the parking lot while being pursued by police. Lee lost control of the sedan while attempting to make a right hand turn at high speeds.

The car drove over the median and t-boned the second car of a three-car funeral convoy. The car into which he crashed was a funeral limousine transporting grieving family members to a funeral home for a funeral service scheduled that morning. Five of the individuals in that limousine were injured in the accident.