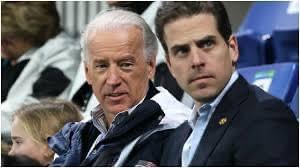 The shocking texts may prove embarrassing for his father President Joe Biden, who just last week gave a speech decrying racism on the 100th anniversary of the Tulsa massacre, and has sought to portray racial justice as a top priority for his administration.

The president’s son joked in a January 2019 text to corporate attorney George Mesires about a ‘big penis’, and said to the lawyer: ‘I only love you because you’re black’ and ‘true dat na’. In another text a month earlier he wrote to the Chicago lawyer saying: ‘how much money do I owe you. Becaause (sic) na you better not be charging me Hennessy rates.’
Mesires replied: ‘That made me snarf my coffee.’

Hunter added: ‘That’s what im saying ni…’, cutting off the racial slur mid-word, then texted a picture to Mesires.

These messages were obtained from Biden’s abandoned laptop. (Contributing Source: The Daily Mail)