HAPPY BIRTHDAY TO ONE OF THE GREATEST 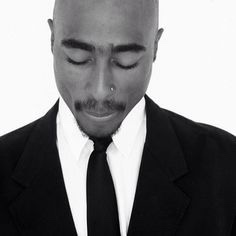 Tupac Shakur was born in East Harlem, New York, on June 16, 1971. Known for his highly controversial lifestyle ” Thug Life” he was much more. Rapper, activist, poet, rebel, and visionary. Through his visual art, he exposed to the world what it was to be black living in improvised communities. With hit singles like “Brenda’s Got A Baby” and ” Keep your head up” He captured the essence of the black struggle.

Although his music career was brief due to his untimely passing. Shakur is known for being the most talented rapper in the world. 75 million records sold worldwide and that number is increasing. Tupac Greatest Hit Collection has been certified diamond, surpassing the ten million mark. Making it one of the highest-sold albums of all time.

” You know it’s funny when it rains it pours. They got money for wars, but can’t feed the poor.” _Tupac Shakur