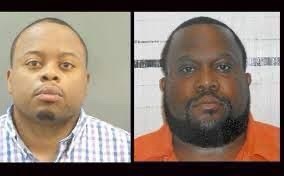 The indictment alleges that Green and Cutler had a longstanding and close friendship and Green, already legally married to another was involved in an ongoing romantic relationship with Jocelyn Peters. In 2015, Ms. Peters became pregnant, with Green being the father of the unborn child.

It is alleged on or about March 7, 2016, Green sent a package via United Parcel Service containing $2500.00 to Cutler, who accepted the package at an address in Oklahoma. As part of the conspiracy, it is alleged that Cutler traveled to St. Louis on March 21, 2016, staying at a residence occupied by Green. The next day, Green traveled to Chicago, Illinois allegedly to distance himself from the homicide.

It was further part of the conspiracy that on or about March 24, 2016, Cutler traveled to the area of 4236 W. Pine in Green’s 2013 Kia Optima, unlawfully entered Jocelyn Peters’ apartment, Unit #201, found Peters in her bed, shot her with a .380 caliber firearm in the head while using a potato as a silencer to muffle the sound of the shot.

Green and Cutler were both charged for a variety of crimes related to the murder of Peters and her unborn child by the St. Louis Circuit Attorney’s Office and are currently incarcerated awaiting trial.