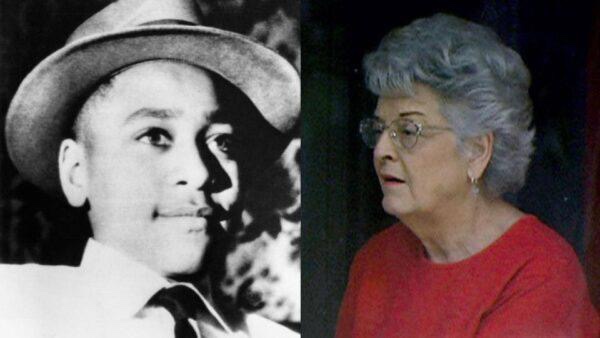 The white woman who said Emmett Till flirted with her, an action that in the 1950s led to his brutal slaying, may have an outstanding warrant for his abduction that was issued before the teen’s body was found. Till’s family wants her to be held accountable for his death by any means.

In August 1955, Carolyn Bryant Donham’s then-husband, brother-in-law and other men beat a naked Emmett to a pulp, gouged out his eye, shot him in the head, tied his body to a cotton gin fan with barbed wire, and threw him into the Tallahatchie River in Mississippi.

It is “one of the most infamous acts of racial violence in our country’s history,” according to the U.S. Department of Justice. Emmett’s relatives’ push for justice spurred Congress to pass an anti-lynching law last month. None of the assailants or accomplices in the crime have been convicted, however, and all of the witnesses are dead.

According to reports, authorities at the time said they did not want to “bother” Donham because she had two small children.

According to reports, at least four white men tortured and hung the 14-year-old from the rafters in a barn before dumping his body in the river. A woman and man took him from his uncle’s home, and three Black men helped keep him in the back of a truck, The Mississippi Center for Investigative Reporting found.

Emmett’s relatives have continuously revived calls for Donham to be charged in the teenager’s murder.

Jaribu Hill, a lawyer who’s working with the family, said there is no evidence that Donham’s kidnapping warrant was dismissed, so it could be the break the authorities need to initiate a criminal court case.

“Remember, it’s Carolyn Bryant, the 21-year-old white woman who fingered a child, knowing that she was pointing him out to his murderous, killer husband,” Hill told the Jackson Free Press last month. “We want justice. We want the original warrant that should have been served on her in 1955.”

The U.S. Department of Justice reopened a closed investigation into Emmett’s murder and kidnapping in 2017 after a professor wrote in a book that Donham confessed to him about lying in court about the events leading up to the crime.

Duke University Professor Timothy Tyson said Donham told him in a 2008 interview that Emmet never held her waist, touched her hand, and said, “How about a date, Baby?”

Donham, who is now 88 years old, denied recanting her story when questioned by the FBI, and federal prosecutors said it would be impossible to prove that she did so. Tyson did not record the confession, and Donham did not explicitly say that the physical encounter did not happen. The DOJ closed the case in December 2021.

A Mississippi grand jury declined to bring manslaughter charges against Donham in 2007, citing a lack of sufficient evidence.

In 2004, federal authorities opened an investigation into the murder as part of its Cold Case Initiative but determined years later that the DOJ lacked jurisdiction to bring federal charges.

“The government’s re-investigation found no new evidence suggesting that either the woman or any other living person was involved in Till’s abduction and murder,” the DOJ said in a Dec. 6 media release. “Even if such evidence could be developed, no federal hate crime laws existed in 1955, and the statute of limitations has run on the only civil rights statutes that were in effect at that time.” (Contributing Source: Atlanta Black Star)