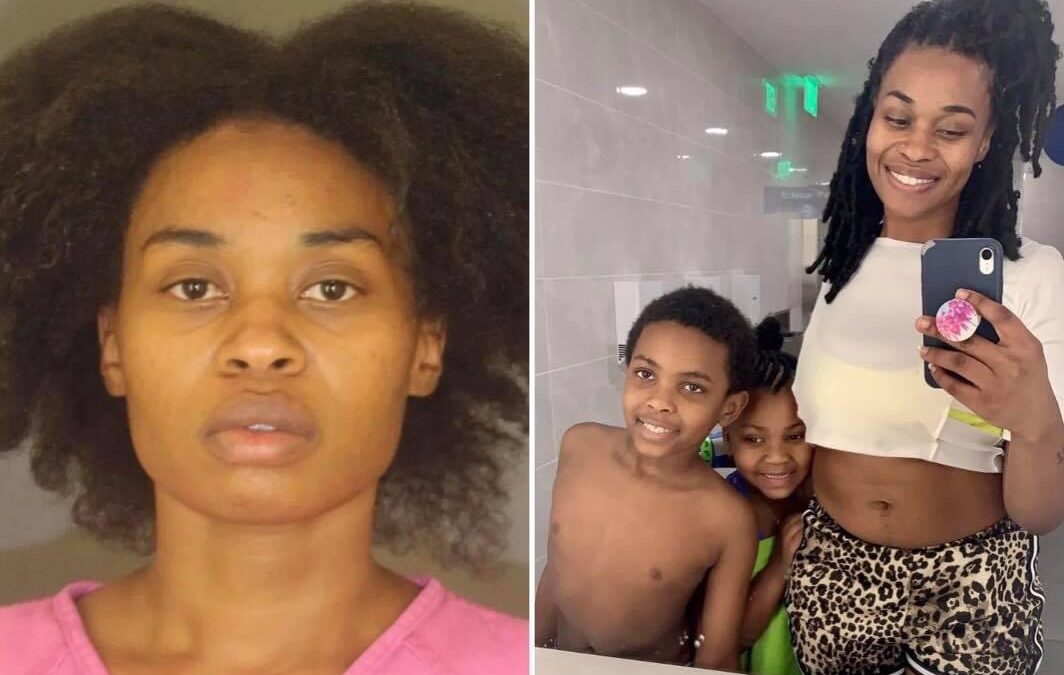 A Baltimore mother has been charged with brutally murdering her two children after their decomposing bodies were discovered — just days after neighbors reported hearing one of them screaming: “Mommy, no.”

Jameria Hall, 28, was arrested Wednesday after police were called to investigate a foul odor coming from the family’s apartment a day earlier.

The decomposing bodies of six-year-old Da’Neria Thomas and eight-year-old Davin Thomas were found inside.

The little girl, Da’Neria, had been drowned and strangled, according to charging documents. Her body was found dumped in a bathtub with clothing wrapped around her neck.

Her brother was found in a sleeping bag with a large knife still stuck in his chest and a trash bag around his head, police say.
It isn’t clear how long the children had been dead but a neighbor saw Hall with the two children last Thursday.

According to police, the neighbor heard the little girl scream “mommy, no” from inside the apartment that same night.

Hall allegedly told her mother earlier this week that the children’s father had taken them, the charging documents say.
The father, however, told investigators he hadn’t seen them.

Hall wasn’t at the home when police found the children’s bodies. She was taken into custody Wednesday after police tracked her down in an Uber nearby.

Police charged Hall with first-degree murder, first-degree assault and reckless endangerment of the children after she allegedly confessed to killing them.

Hall’s social media accounts are filled with photos of her with her children. On some posts, she referred to her children as her “best friends.” (Contributing Source: New York Times)