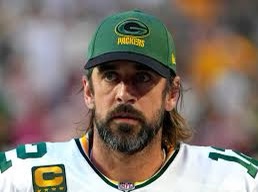 Aaron Rodgers had a few words after President Biden joked about the quarterback being unvaccinated. In a recent interview, Rogers insinuated that President Biden labeling Covid-19 the pandemic of the unvaccinated a bit extreme. He also criticized the CDC on factuality and President Biden for his ability not to speak at press conferences.

Recently, Rodgers stated that he may retire or leave the Green Bay Packers. This comes after the 49ers defeated the Green Bay Packers in a playoff game.
A lot of sport spectators took to social media to voice their opinion regarding situation. Rodgers insisted that his decision will be based off logic and not emotion