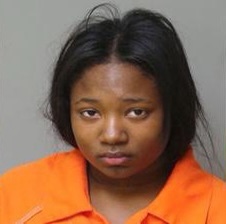 On Oct. 22, 2018, Mykia Caldwell stabbed her then-boyfriend 25-year-old Demartez Evers in his thigh and stomach. The incident occurred in the 1900 block of Aqueduct Drive around 1:30 p.m. Reports claim that it was a domestic assault that turned deadly.

25-year-old Demartez Evers was transported to a local area hospital where he would die a week later from internal bleeding. Caldwell was recently sentenced to 14 years behind bars.