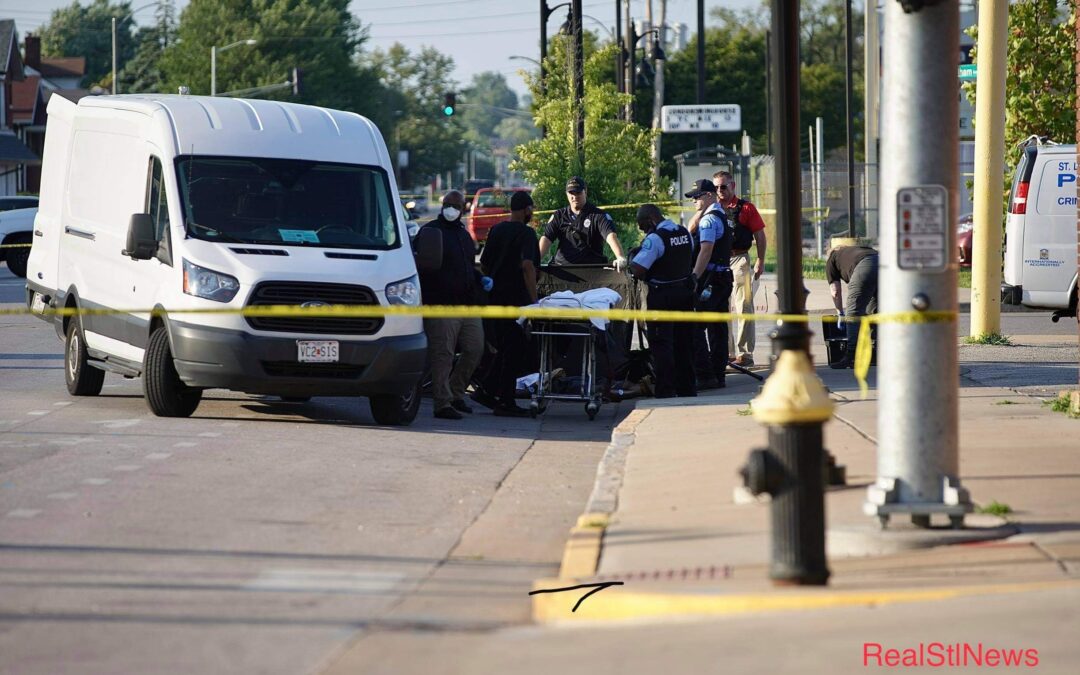 The RSTLNS team responded to a scene near the intersection of Broadway and Hallsferry Rd yesterday around 5:10 p.m. We were told by witnesses that a physical altercation took place inside Vinh’s liquor store in which the victim threatened to go get a firearm. The victim was crossing the street when suspect(s) fired several rounds hitting him in his head and upper extremities.

An innocent bystander was struck in the head but was breathing and conscious when EMS arrived. He was transported to a local area hospital condition unknown. RSTLNS will update with more information as it becomes available.

We will keep the community updated as the story develops.