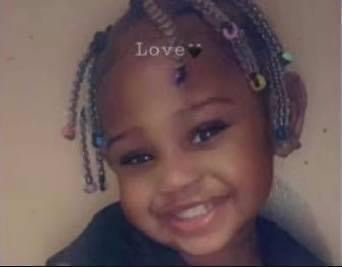 A family in East St. Louis, IL is grieving the loss of their beloved child.

3-year-old Calyia Stringer, who was shot last Sunday, has gained her wings.

She was shot while on the floor watching television in her grandmother’s bedroom.

It is reported that several men were firing shots at each other when a bullet came through the wall and hit Calyia.

Family was advised that she would more than likely suffer from being brain dead. After several days, the family decided to pull the plug off her life support.

The family is set to donate some of her organs.

A $5000 reward has been set up for anyone with information regarding this case. You can also contact CrimeStoppers at (866)371-8477