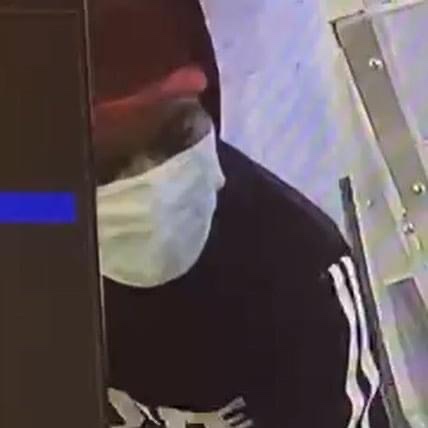 St. Louis City Detectives need your assistance in identifying and locating a suspect wanted for a robbery that occurred on 5/5/21, at approximately 3:19 pm.

The suspected depicted in the pictures entered Pops, located at 3651 S. Grand and produced a black pistol while announcing a robbery.

The suspect is described as a black male, late teens-early twenties, wearing a black hooded sweatshirt with “LOVE” in white writing across the front. The hooded sweatshirt also had two white stripes, starting at the shoulder going down to the wrists on both arms. Black pants, with light gray tennis shoes.

The suspect was wearing his hood up, with what appeared to be a red bandana covering the top of his head. The suspect was also wearing a blue surgical mask over his face.

Officers received a call for a “Hold Up” after the suspect entered the business armed with a firearm and announced a robbery. After obtaining money from the register, the suspect fled on foot. No injuries reported. The investigation is ongoing.