Another St. Louis Police Officer is under fire. The officer is being accused of misconduct by the department’s internal affairs division after allowing the St. Louis Post Dispatch to post part of his Facebook post.

The officer took to his social media page and gave a detailed run down of his shift the night an 8-year-old was shot and killed near Soldan High.

Officer Ryan Lynch gave the well known media source permission to post a portion of the status. Internal affairs felt Lynch’s conduct was “unbecoming of an officer” by allowing the piece to be posted because he violated orders that forbid employees from speaking to media without authorization from top officials according to the Post Dispatch.

Lynch said in the post how he was tired of seeing dead babies in which all of St. Louis can definitely agree on, but allowing talking about his shift and allowing media to post it was not acceptable.

A grievance was filed by the police union because they feel that Lynch did not give any confidential information. 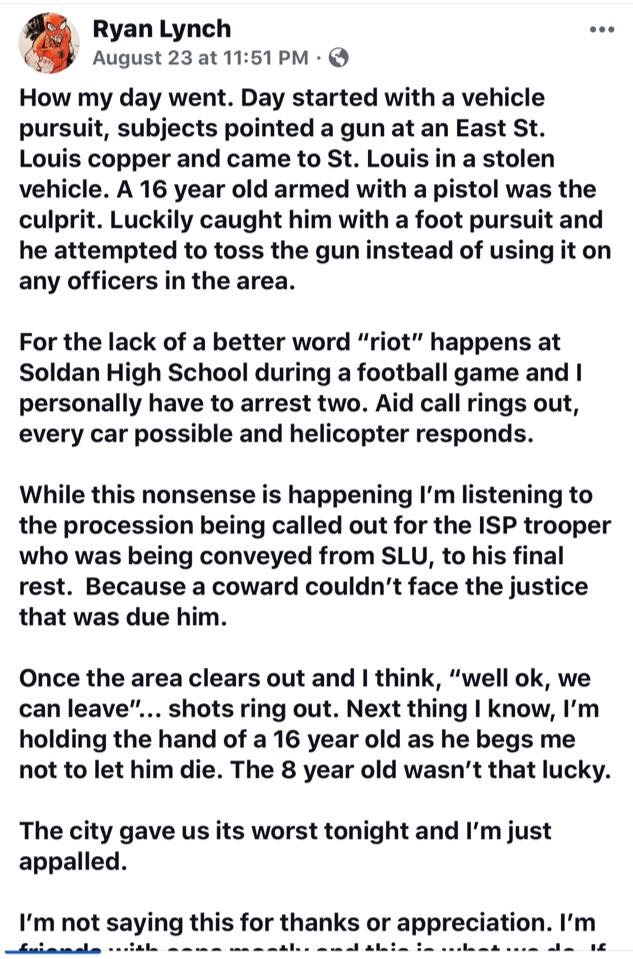