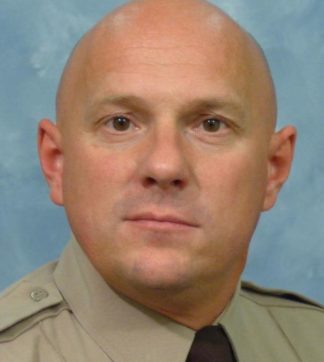 One St. Louis County Police Officer not only understands what its like to be discriminated against but to also fight for justice for it.

Sgt. Keith Wildhaber, who is a gay man, filed a lawsuit against the St. Louis County Police Department in backIn 2017 claiming he was told he should “tone down [his] gayness” if he ever wanted the opportunity to be a lieutenant on the force.

Wildhaber was up for a promotion multiple times yet looked over each time because he was gay according to the lawsuit. It details how he spoke with a member of the St. Louis County Board of Police Commissioners about his position and application, but allegedly was told “The command staff has a problem with your sexuality. If you ever want to see a white shirt, you should tone down your gayness,” the lawsuit reads.

After a week of going to trial, Wildhaber was awarded $19 million dollars for his lawsuit against the department.

St. Louis County Police reps say that changes are set to come so something like this never happens again.

The St. Louis County Police Association released a statement regarding the lawsuit:

“The St. Louis County Police Association has a long history of fighting for equality for all of our members. While we are extremely embarrassed of the alleged actions of some of our Department’s senior commanders, we look forward to the healing process that can begin to take place now that this has been heard in open court.

During our Brother Sgt. Wildhaber’s trial and in the weeks before, the SLCPA has been engaged in Collective Bargaining Agreement negotiations for renewal of our union contract with St. Louis County PD. Central to the delay in reaching an agreement has been the Department’s overt unwillingness to agree to protect our organization’s ability to fight against and remedy internal discrimination and retaliation. We hope more people now understand why we feel so passionate about the need to have such a mechanism in place.