NOT A RACIST YET SHE SENT RACIST TEXTS THEN DELETED THEM, GUYGER’S TEXT MESSAGES SHOWN IN COURT, NOW FAMILY BRINGING UP CHILD MOLESTATION 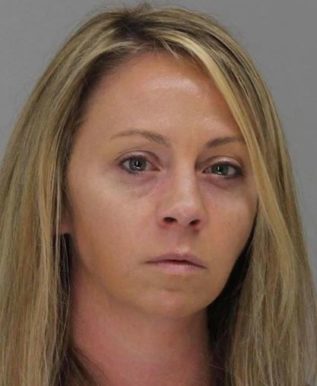 Amber Guyger, former Dallas Police Officer who was found guilty of murdering Botham Jean, sat on the stand and begged for forgiveness. Family members of Guyger has been stressing that she’s a sweet young lady who’s not a racist or violent person but text messages and social media posts presented in court told a different story.

The first text message thread presented to the jury was from Jan. 15, 2018 during the Martin Luther King Jr. parade in Dallas.

“When does this end lol,” read a text to Guyger.

“When MLK is dead… oh wait…” she responded.

“Just push them… or spray your pepper spray in that general area,” she said in a text while discussing the crowd at the parade.

In another text exchange, from Sept. 4, 2018, someone texted Guyger that she should adopt a German Shepherd.

“Although she may be racist,” the dog’s owner messaged Guyger.

“I hate everything and everyone but y’all,” she later messaged in the same thread.

Now during the sentencing phase, Guyger’s family is bringing up molestation at an early age to sway the jury decision on how much time she should get for the murder charge. To top it off, her defense team put a black woman on the stand to show she’s not racist.

Court is still in session.. click the link to watch