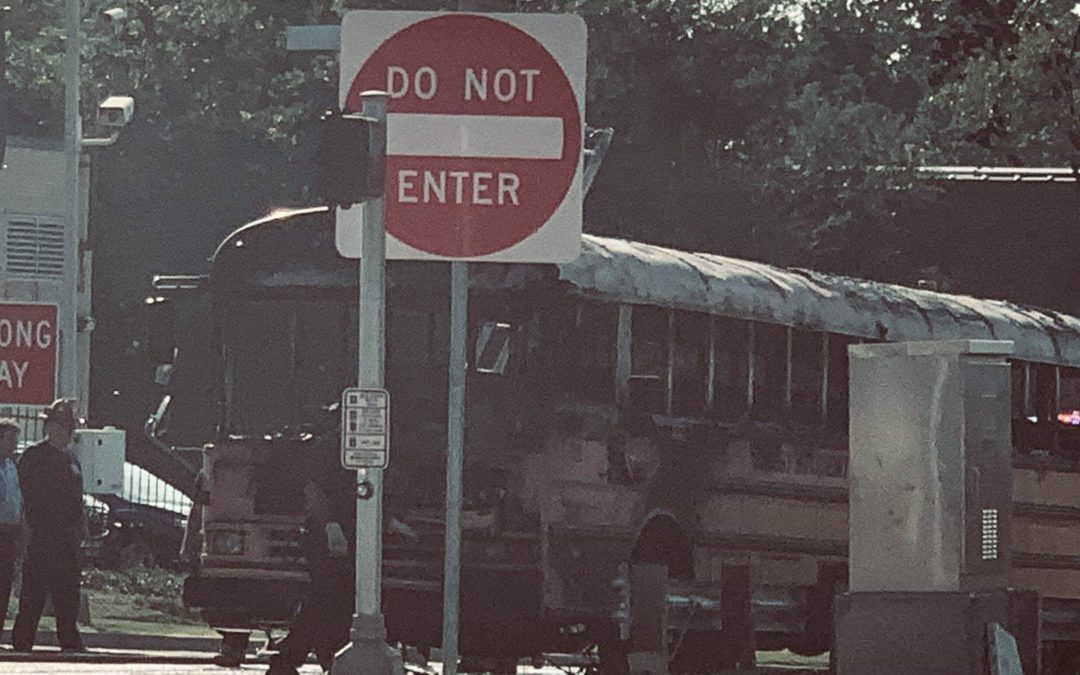 The Mann Elementary School bus was headed to drop off the last student when the bus started over heating. Within seconds flames shot out from under the hood.

The bus driver was able to pull to along the ramp from eastbound 44 to Grand Ave. where he and the last student aboard exited to safety.

The entire bus was engulfed within a matter of minutes. It took firefighters almost five minutes to put the fire completely out.

An investigation is still ongoing to see what actually caused the fire but so far it’s believed to be a mechanical issue.